The definitive monster movie, both a bold metaphor for the atomic age and a thrilling tour de force of pioneering special effects. 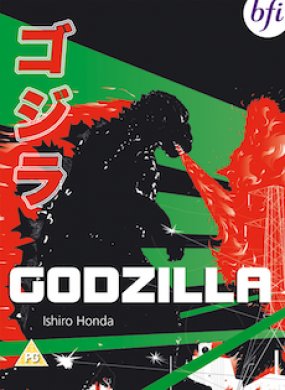 The complete, uncut, original Japanese Godzilla (Gojira) was released by the BFI in UK cinemas for the first time in October 2005, and subsequently on DVD. This legendary film is one of the great classics of cinema, from noted special effects director Ishiro Honda, a friend and collaborator of Akira Kurosawa.

Made in 1954, Godzilla was Japan’s first foray into the big budget feature, costing ten times as much as the average Japanese movie and twice as much as the same studio’s Seven Samurai which was released the same year.

Takashi Shimura stars as the revered palaeontologist who uncovers the horrible secret at the heart of the monster (Godzilla is a long dormant Jurassic beast awoken by the atom bomb). The original Godzilla is a fierce indictment of the atomic age. Sold to an American distributor, the film was cut, dubbed into English and retitled Godzilla: King of the Monsters! New scenes were added starring Raymond Burr as an American reporter observing the monster’s rampage from the sidelines. All trace of the anti-nuclear message was excised in the American version.

An enormous hit for the Toho film studio, the original film created a legendary monster that would enter the lexicon of popular culture worldwide, spawning more than twenty sequels over fifty years, countless rip-offs, and a new genre: the kaiju eiga or Japanese monster movie. Still rated amongst the top twenty Japanese movies of all time, the original Godzilla is perhaps the definitive monster movie – both a bold metaphor for the atomic age and a thrilling tour de force of pioneering special effects.