Promoting the pleasure of the natural world and the built environment is the main theme of this collection of 15 films. 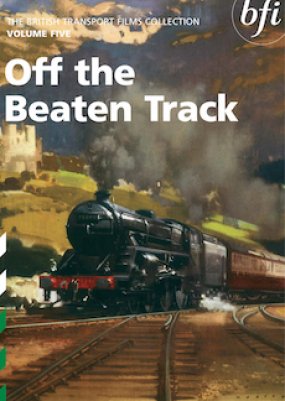 Off the Beaten Track, the fifth release in the BFI’s digitally remastered double disc DVD series of British Transport Films takes a look on this occasion at the films that were not (with one exception) directly about railways.

The BTF unit was created to serve the Transport Commission as a whole and many of the fifteen films featured here promote the pleasure of both the natural world and the built environment around us. It didn’t matter whether you travelled by train, tube, bus, coach or by sea – nationalised transport could take you there and home again afterwards.

As with all BTF’s promotional films, the indirect message was that transport could serve as a means to an end. The end might be a medieval city or town, a slice of peaceful, picturesque countryside, the Highlands of Scotland or an endless coastline of undisturbed beaches and rock pools. If a change of scene was on the cards, then British transport could deal with it.

Films included on this release earned BTF some of its highest accolades, including an Oscar for Wild Wings (Best short live action subject in 1966) and Oscar nominations for Journey into Spring (1957) and Between the Tides (1958). Among the rare gems here are The Scene from Melbury House and An Artist Looks At Churches.

All these films are now preserved in the BFI National Archive. They have been digitally remastered for this collection, which will fascinate not only transport enthusiasts but also fans of historical British documentary filmmaking. A colour booklet containing an introduction and film notes by BTF historian Steven Foxon who programmes this series accompanies the discs.