A lost classic of the British avant-garde, Borderline tells the story of a tense, interracial love triangle and its deadly consequences. 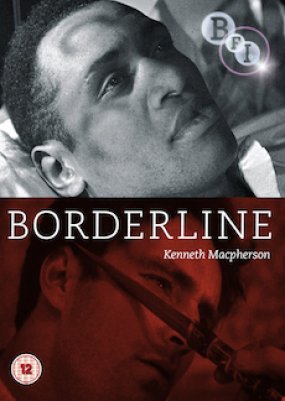 With a new soundtrack composed and performed by Courtney Pine.

A groundbreaking silent film for its explicit theme of racial prejudice and with an implicit homoerotic subtext, Borderline (1930) is a seething exploration of love, passion and betrayal, directed by Kenneth Macpherson, editor of the influential intellectual film journal Close Up (1927-33).

In May 2006, a presentation of Borderline with a new score written and performed live by British composer and saxophonist Courtney Pine at Tate Modern attracted 2,000 people. Now released on DVD, Borderline’s formal experimentation finds a perfect match in the contemporary rhythms of Pine’s heady modern jazz score. Packaged in a two disc set, this release also contains two films by Véronique Goël.

Prior to Borderline, Kenneth Macpherson had made three short films, but this was his first feature and by far his most ambitious effort, released a year after Dziga Vertov’s pioneering Man With a Movie Camera (1929). Borderline features the iconic star Paul Robeson and his wife Eslanda, and other cast members from the Close Up collective (intellectuals from the editorial board who called themselves the Pool group) including Hilda Doolittle (later known as H.D.), Robert Herring and Winifred Bryher.

Highly influenced by the psychological realism of GW Pabst and Sergei Eisenstein’s montage, the film is a lost classic of the British avant-garde. Borderline tells the story of a tense, inter-racial love triangle and its deadly consequences. Macpherson embellishes this story by portraying the extreme psychological states of the characters. The result is a unique and complex matrix of racial and sexual tension moving between the boundaries of black and white, male and female and the conscious and the unconscious.