The Birds and the Bees

Enlightening, entertaining and surprising, this unique anthology of 16 titles takes in almost 60 years of the British sex education film. 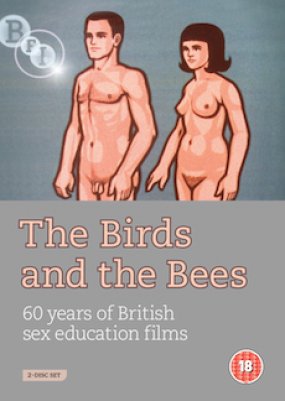 From the earliest-known example, Whatsoever a Man Soweth (1917) to the comical, but ultimately serious, ‘Ave You Got a Male Assistant Please Miss? (1973), this unique anthology of 16 key titles takes in almost 60 years of the British sex education film.

Take a journey through the euphemisms, metaphors, and diagrams of yore to discover the controversial attitude-changing works of the early 1970s. All matters, unmentionable or otherwise, are dealt with here, from First World War warnings to soldiers of the potential dangers of cavorting with loose women in London’s West End, to puberty pep-talks for girls and scare stories to deter unwanted teenage pregnancies.

By turns enlightening, entertaining and surprising, the range and type of works presented here will interest film fans, social historians and anyone interested to ensure that they stay on the road to health.