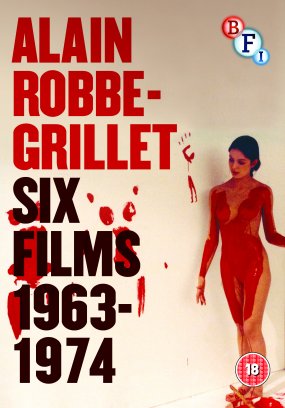 Impossible to see for decades, these enigmatic, sexually charged films have now been collected together for the very first time, and are made available here in beautifully remastered high definition presentations. This DVD collection includes: The Immortal One (1963), Trans-Europe-Express (1967), The Man Who Lies (1968), Eden and After (1970), N. Took the Dice (1971) and Successive Slidings of Pleasure (1974).