Find out more about the filmmakers who will be supported on the programme this year. 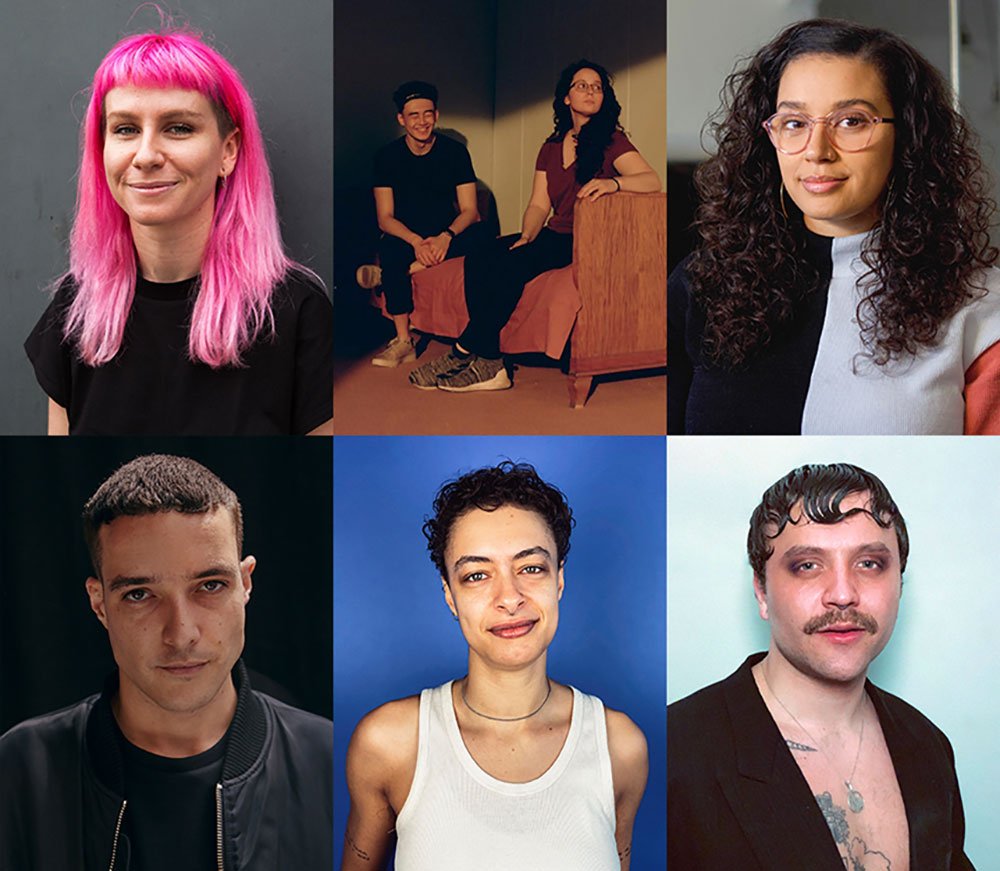 Now in its sixth year, BFI Flare x BAFTA Crew is a partnership between BFI Flare: London LGBTIQ+ Film Festival, BAFTA and BFI NETWORK. The programme brings together a group of emerging LGBTIQ+ filmmakers to receive mentoring by a senior figure from the film industry, alongside a bespoke programme of year-round events designed to strengthen professional networks and support their progression from short to long form.

This year’s open call saw a record number of applications. We were incredibly impressed by the breadth of exciting LGBTIQ+ filmmaking voices in the UK, and are pleased to announce the seven new writers, directors and producers taking part in this year’s programme.

They join a growing alumni of filmmakers supported by the programme over the last five years, who are breaking new ground in LGBTIQ+ representation on screen.

Mentors will be announced later in the year. 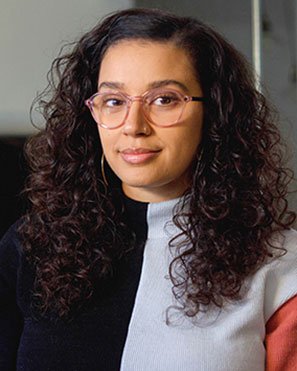 Cheri Darbon is a London-based producer with seven years’ experience in commercials, promos and independent short films. Her background in television has spanned across major broadcasters, including Channel 4, ITV and UKTV, where she has produced content for multiple channels and brands. Most notably, she won a Promax award for her work with RNIB, galvanising the industry into providing audio description across all programming.

Cheri is in development on a number of projects, including as producer on crowd-funded Bufflehead, starring Abigail Hardingham and Rochenda Sandall. She is co-producer on Abdou Cisse’s Festival of Slaps (BBC Films) alongside Joy Gharoro-Akpojotor, and associate producer on Mia Watkins’ directorial debut Wasurenaide 忘れないで (Film 4) with producers, Emily Precious and Lizzie Brown. 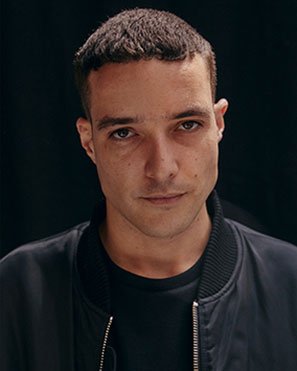 Jason is an award-winning director based in London, born in Warrington and brought up on the Isle of Wight. His work, which explores the themes of home, memory and the search for belonging for LGBTIQ+ people, has screened at festivals internationally and been seen by over 16 million people online.

His films include My Sweet Prince (produced by the BFI, BBC Four and BBC Arts programme Born Digital, to mark the 30th anniversary of the World Wide Web in 2019, nominated for Best British Short at the 2019 Iris Prize and selected for this year’s BFI Flare: London LGBTIQ+ Film Festival), We Were Once Tide, Dirty Laundry, and Alone, My Friend. His most recent film, Isaac and the Ram, was produced as part of The Uncertain Kingdom and released in June 2020.

In addition to directing, Jason also previously worked for five years at Peccadillo Pictures, playing a key role in the release of films such as Weekend, Beauty, Tomboy and Stranger by the Lake, and currently runs trailer editing company Hello Mozart. He is now developing feature projects as a director, and his first as a writer. 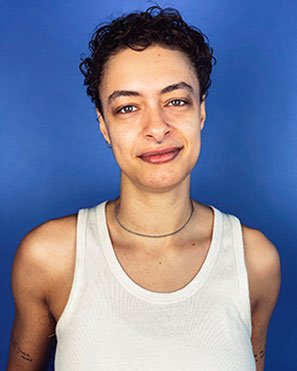 Laura is a writer-director whose work focuses on Blackness, queerness, and the female experience.

In 2015 she co-founded female film collective Sorta Kinda Maybe Yeah, writing and appearing in their web series of the same name. Her first short film, Magic, won the Eye Want Change smartphone filmmaking competition. Her latest short, Pxssy Palace, was funded by Converse, with Laura selected as a female community leader for their Spark Progress campaign. Pxssy Palace was selected for this year’s BFI Flare: London LGBTIQ+ Film Festival, and by the BFI and the British Council as one of this year’s #FiveFilmsForFreedom.

Laura has participated in the Betty Box and Peter Rogers Comedy Writing programme, BBC Comedy Writersroom, the Channel 4 Commissioning Mentorship, and NETWORK @ LFF. Her debut feature as writer-director is currently in development with the BFI. 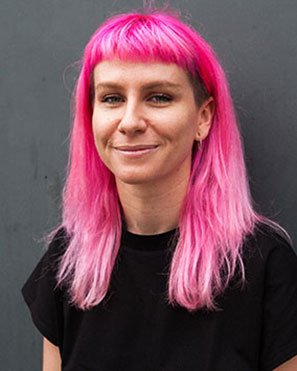 Rosanagh is a queer Australian filmmaker based in London. In 2017 Rosanagh set up Spinster Films, a production company focused on producing creative-led intersectional female-driven projects. Since its inception, Spinster has produced the short doc My Mama, a Man, which was selected for this year’s BFI Flare: London LGBTIQ+ Film Festival, forthcoming short Love Is A Hand Grenade, and Rosanagh’s own writing and directorial debut, Cindy, co-produced with Sevana Films, which was recently selected for the Iris Prize Best British Shortlist 2020.

Rosanagh is currently in production on the feature documentary Purity, directed by Susy Peña, which follows the story of a Ugandan trans refugee activist in Kenya, alongside directing a documentary exploring the effects of lockdown on women in Hull, in collaboration with The Warren Youth Project, supported by Arts Council England.

Rosanagh is also writing her first feature and developing projects with writer Dray K and filmmaker Katayoun Jalili. In addition to her own work, Rosanagh has had a respected career in post production, working on films including Brian Welsh’s Beats and Lynne Ramsay’s You Were Never Really Here and most recently on Michaela Coel’s hit series I May Destroy You. 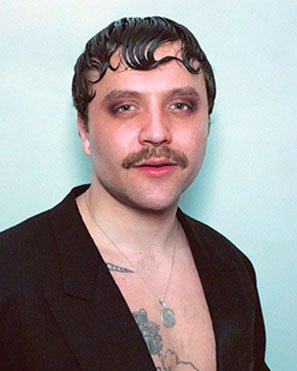 Tom is a Welsh writer-director based in London whose work across documentary and narrative fiction explores themes of class, regional cultures, mythology and gender. They have worked extensively as a director, development producer, treatment designer, researcher and LGBTIQ+ consultant on documentaries, content and commercials including Smirnoff’s Free to Be campaign, while developing their own short projects.

Their short documentary, Harpies, a portrait of the UK’s first trans-inclusive strip club, is currently in pre-production with the BBC and ICA New Creatives. Their narrative short, Nant, a queer, Welsh-language film that blends folklore and psychedelia is produced by Vivien Kenny for BFI NETWORK / Ffilm Cymru Wales.

Tom is the co-founder of Sirens Agency, an LGBTIQ+ consultancy for film, television and advertising, creating a queer consultancy that offers production companies invaluable insight when developing queer narratives, while ensuring marginalised people are paid for their time to consult on their lived experience. They are also in development on several feature and TV projects exploring queerness through elevated genre narratives. 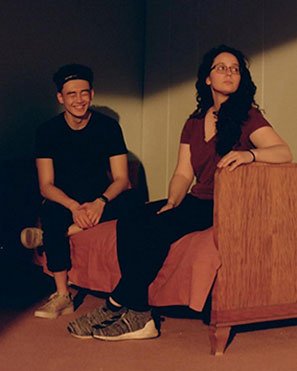 For their work in videos they were awarded Best New Director at the UKMVAS as well as the Kinsale Shark Awards. Their music videos have been written about in publications such as Vogue, Dazed and Rolling Stone as well as newspapers such as the Evening Standard and the Metro.

They have since expanded into narrative work, starting with their film Sweep Away Hungry Ghosts, which recently premiered at Slamdance 2020. Their film Qween’s Speech for Dazed & Confused — led by trans activist Munroe Bergdorf and with a cast including Sam Smith, Rina Sawayama and Gareth Pugh — gained huge acclaim, screened at film festivals around the world, and earned them their fourth Staff Pick from Vimeo.

Zhang & Knight are currently developing their first feature, and are represented by Independent Talent Group for film and television.