All the prize-winners from this year’s crop of exciting young filmmakers. 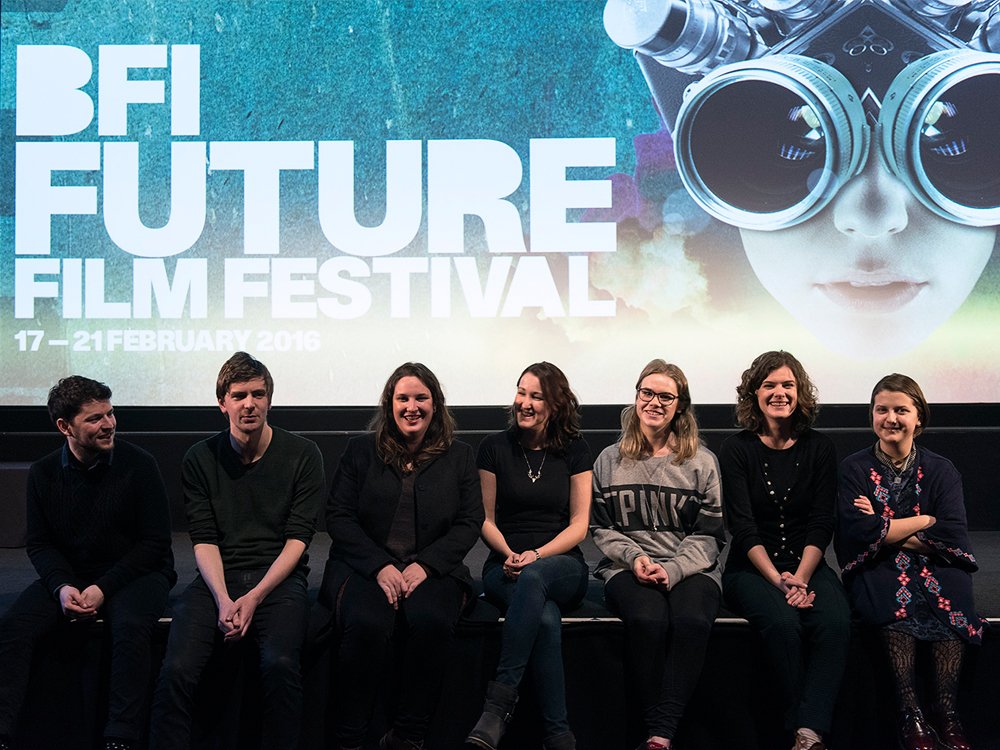 On Sunday 21 February 2016 the 9th BFI Future Film Festival closed with an awards ceremony celebrating the achievements of emerging, talented young filmmakers aged 16-25. After receiving more than 1,400 short film submissions from across the UK and around the world, the best films were screened at the five-day industry festival that featured more than 50 separate practical workshops, industry masterclasses, Q&As and networking opportunities. The very best films then received prizes totalling more than £25,000 at a high-profile event at BFI Southbank hosted by film critic Rhianna Dhillon and presenter Remel London.

Prizes for the recipients of the BFI Future Film Festival awards included Blackmagic Design camera kits and software, Adobe Creative Cloud accounts, cash awards ranging from £250 to £5,000 and industry support and mentoring. The awardees will also have the opportunity to attend the Next Film Festival in Copenhagen, and the Four Rivers Film Festival in Karlovac, Croatia – both of which (alongside BFI Future Film Festival) are part of the Youth Cinema Network, an international network of film festivals that support young filmmakers around the world.

Duncan Cowles was among the filmmakers who made Isabella, the Best Short Film in the 19-25 age category, and the winner of a BFI Raw talent development prize which included £5,000 and a year of industry mentoring. He said:

“It’s an absolute honour to be win these two BFI awards, and to share them with such a close friend and collaborator [co-director, Ross Hogg] is an amazing feeling. Documentary filmmaking can be a real isolating practice at times, so it really means a lot to have work shown and recognised, let alone nominated or even in this case win two awards. So I’m completely over the moon and looking forward to working with the BFI and the Screen Arts Institute this year in helping push my work and filmmaking forward.” 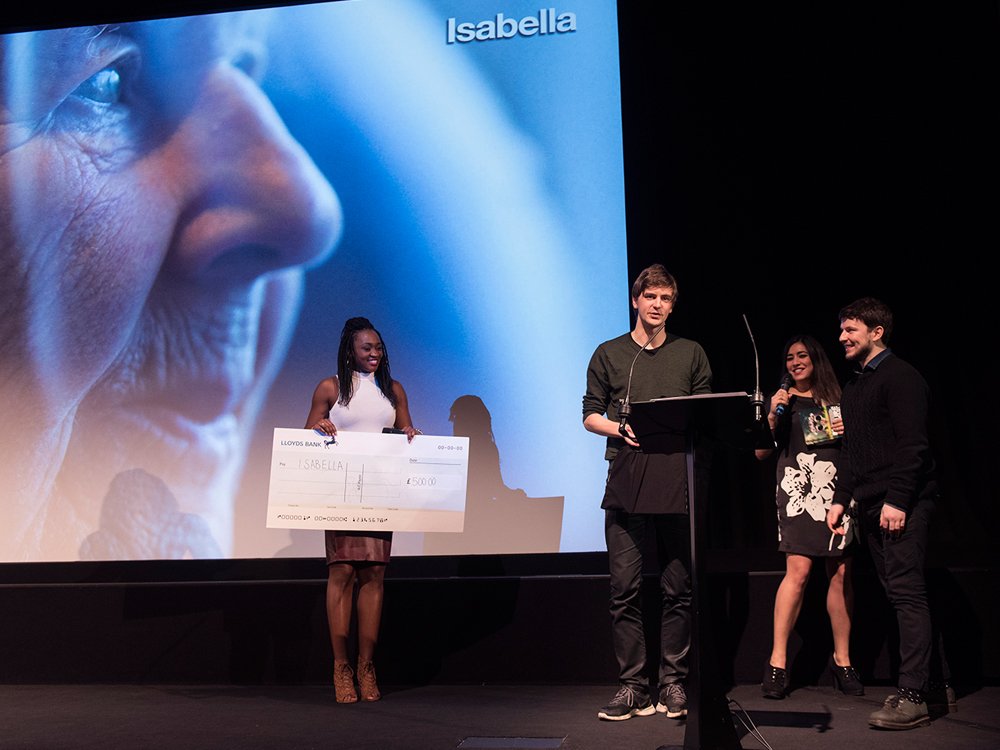 “Both Duncan and I are absolutely delighted to have received the BFI Raw Award, and the Best Film Award, for our collaborative short film, Isabella. With the film being so personal and close to home, I’m extremely humbled and honoured for it to be recognised with these awards. They not only support us, as filmmakers, but act as a fitting tribute to Isabella’s life. I’m certain she would have been very moved to know that her story and experience was so well received.”

Winner of the Best Short Film and BFI Raw award (both in the 15-18 age category), Emily Llewellyn was equally thrilled with her awards. She said:

“Receiving the BFI Raw award really was a massive shock, but I’m so honoured and excited to have this opportunity. I’m really looking forward to collaborating with other filmmakers, and it was so much fun to meet everyone at the Festival. It’s really inspiring to be able to meet with other young filmmakers and be able to talk with people who are as passionate about films as I am.” 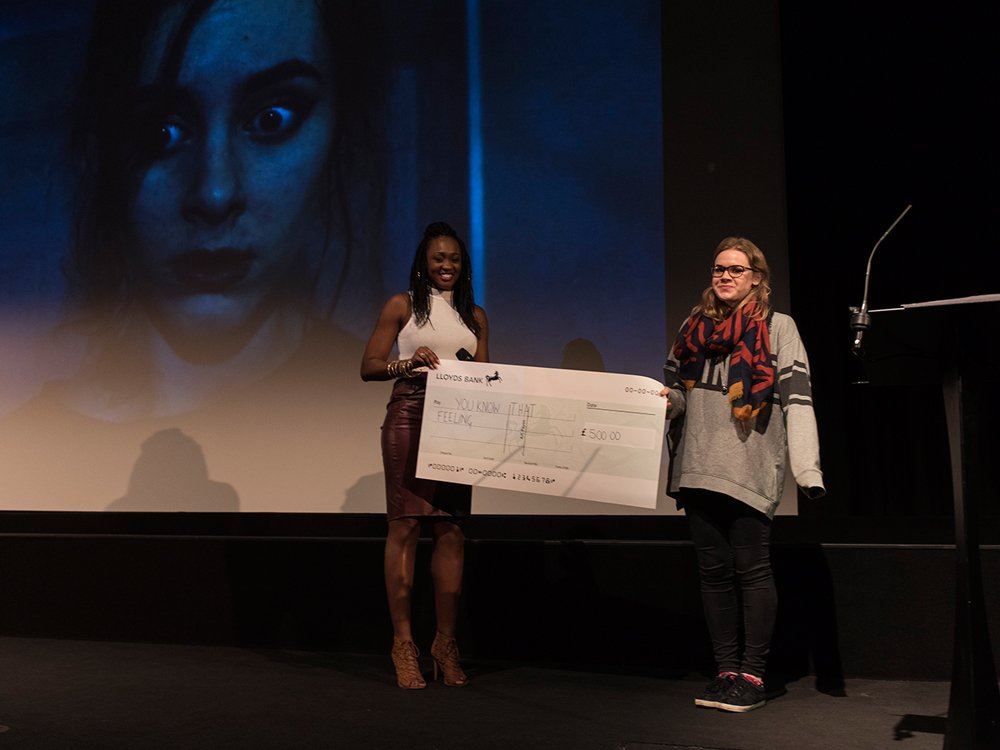 Director of the Screen Arts Institute, Stephen May, will be overseeing industry mentoring opportunities for the BFI Raw Winners and is excited to be working with these talented emerging young filmmakers. He said:

“I am delighted that I, and The Screen Arts Institute, will be supporting the further development of these three filmmakers during 2016 and 2017. Duncan, Ross and Emily illustrated their amazing talent and commitment with their extraordinary short films.”

The awards marked the end of the 9th BFI Future Film Festival, the UK’s largest industry film festival for young filmmakers, which aims to inspire young adults to make films and explore career opportunities in the film and TV industry.

All of the above winners receive £250, a Blackmagic Pocket Cinema Camera and DaVinci Resolve Studio software, and one year free Adobe Creative Cloud account

All of the above winners receive £500, a Blackmagic Pocket Cinema Camera and DaVinci Resolve Studio software, and one year free Adobe Creative Cloud account.

The winner of best International Short receives £500 and £500 towards travel and accommodation to attend the BFI Future Film Festival courtesy of London School of English/ The Londonschool Trust.